The beautiful dark blue pigment used by Hokusai, called Prussian Blue, was a new, rare and expensive material in Japan at the time, imported from England through China. This kind of spare-no-expense effort is similar to the Karuizawa distillery in late 20th century when they used only Golden Promise to make their whisky. In this bottle, you will find the essence of the Karuizawa distillery.

Thirty-six Views of Mount Fuji series, which feature landscape prints by the famous Japanese artist Hokusai. They depict Mount Fuji from different locations in various weather conditions. The liquid inside is drawn from casks of 1999 and 2000 vintages, bottled at cask strength. 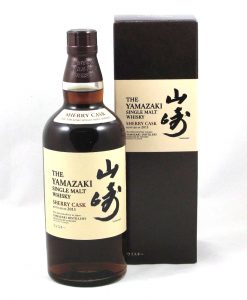 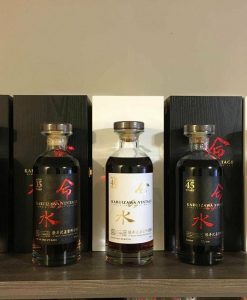 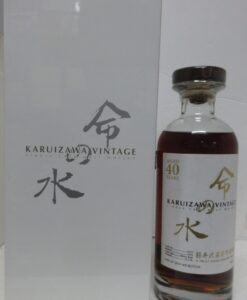 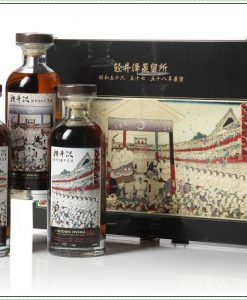 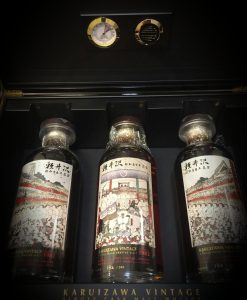 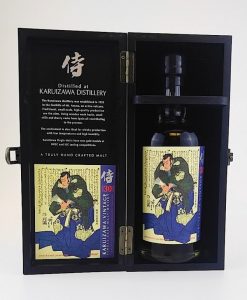 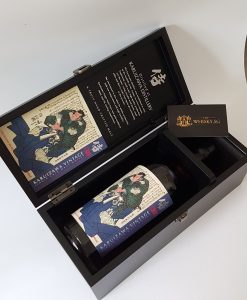 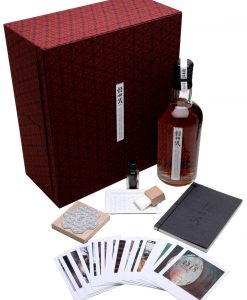 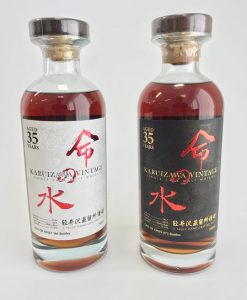 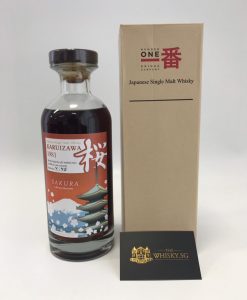 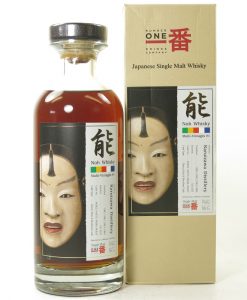