Laphroaig 15 year old was created 30 years ago. Barrels were individually selected for their particularly mellow rounded flavour, then batch bottled at the higher export strength of 43% ABV. The resulting taste soon became a firm favourite winning many accolades. Its highlight was being chosen for the famous ‘Erskine Charity Bottling’ in 2000 when 270 bottles were drawn from a single 15 year old cask signed by HRH The Prince of Wales for this charity of which he is a patron.

The 200th Anniversary edition has been created in exactly the same way as the original. 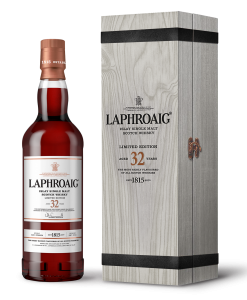 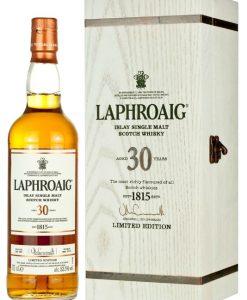