A vintage 2000 Hanyu bottled in 2014 at a strength of 57.4% ABV by Speciality Drinks Ltd for Japanese restaurant group Zuma & Roka. This bottling wasn’t available for public purchase, instead, it was available exclusively at the restaurants.

The Hanyu whisky distillery was located in a town of the same name. The company was founded by the Akuto family, who had been in brewing business since the 1600s. In the midst of war in 1941, Isouji Akuto, the 19th generation of the Akuto family, built the Hanyu distillery in Hanyu, northwest of Tokyo. He then obtained a licence to produce alcohol in 1946.

This distillery produced all sorts of alcohol, but by the early 1980s the company had obtained two pot stills in order to produce Scotch whisky. At that time, consumers were demanding blended whisky rather than single malt whisky. Since then there has been a worldwide shift towards single malts. In 1990 Chichibu Whisky was launched, named after the town where the Akuto family originally produced sake. Hanyu had two steam-heated stills and a continuous still, along with a sake brewery.

Unfortunately, Hanyu stopped making whisky in 2000, and the pot stills and distilling equipment were dismantled in 2004. But in 2008, Ichiro Akuto, the grandson of the founder, purchased the mature stock and distilling facilities and restarted production. His is the only new whisky distillery opened in Japan since the 1970s. Small and charming, the new distillery and Ichiro’s Malt whisky series has something of a cult following. 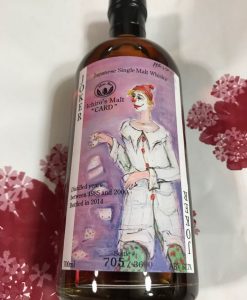 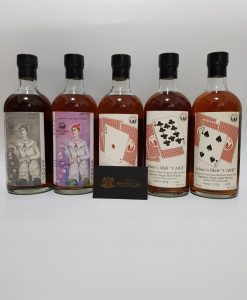